Do Boston Terriers Bark a Lot? What to Expect

Boston Terriers are known to have an easygoing, gentle temperament and are easy to train. But being a terrier, what’s their barking personality like?

Do Boston Terriers bark a lot? Boston Terriers have a low barking tendency, unlike other Terriers. However, certain situations might trigger a barking response from them.

Keep reading to discover why and when you can expect the American Gentleman to bark!

Do Boston Terriers Bark a Lot?

Boston Bull Terriers are a cross of English Bulldog and white English Terrier. But why mention this? It’s because genetics plays a role in dogs barking disposition.

Terriers in general love to bark. (My parents’ Yorkshire Terrier is the one that gets all the neighbourhood dogs barking!)

They were originally bred to be working dogs, a group with high energy levels. When Terriers bottle up their energy, i.e., their energy doesn’t get released, a common energy outlet for terriers is destructive behaviour and barking.

However, Bostons are different because they were one of the first terrier breeds not be a working dog and the first non-sporting dogs bred in the United States. In fact, due to the Boston Terrier’s temperament being so different, the AKC didn’t classify them into the terrier group.

This means that Boston Terriers have less in common with their Terrier heritage and more in common with their Bulldog ancestors (also part of the non-sporting dogs). So, like English Bulldogs, Bostons are usually quiet dogs and don’t bark often. When they do, it’s usually a low woof rather than a loud bark. That’s one of the reasons why Boston Terriers make good apartment, they have a quiet personality.

Also, as part of non-sporting dogs, Boston Bull Terriers don’t have nearly as much energy as working or herding group dogs, and they can do all kinds of jobs (from hunting to guarding and, more commonly, companion dog).

When Do Boston Terriers Bark?

Having a low tendency to bark doesn’t mean that they cannot be vocal. Also, it depends on your dog’s personality; some Bostons are more chilled than others.

So, why do Boston Terriers bark?

Boston Terriers tend to greet owners enthusiastically when they get home, and they usually shake their body to show joy. Some will also add a “hello bark” to the welcome mix, this does depend on your doggy’s personality.

The American Gentleman can bark especially when startled and also when playing. However, even when playing, they don’t bark a lot. They will woof rather than bark loudly.

In general, Boston Terriers are more prone to express their happiness with their body language: wagging their tail, shaking their body or giving you kisses.

Bostons can be considered guard dogs because, by nature, are territorial and protective dogs. Your pooch considers your home, garden, car, his walk route and other places he spends a lot of time, his territory.

This may result in territorial barking, i.e., they can respond to noises and strangers (including other pets) with a bark.

Bostons can bark continuously when a person or another animal approaches his domain – he’s communicating that a stranger is invading his turf.

When they are home alone, they will guard the house and when you are in the house, they will give “warning” barks if they sense danger or an intruder.

Insider Tip: Territorial barking is not the same as aggressive barking (loud barks accompanied by showing their teeth). Well-socialized Boston Terriers can still give warning barks without becoming aggressive towards other people and pets.

However, if your Boston Terrier likes to bark, he might also do it for the following reasons:

Boston Bull Terriers are companion dogs that enjoy spending time with their owners. Some of them bark simply for attention — from you or another animal; I call this “look at me barking.”

Your pooch might also bark in the hopes of getting food, a treat or some playtime.

Insider Tip: The more you reward this behaviour by giving him what he seeks (any form of attention will do), the more likely he’ll be to continue to bark for attention.

If your dog answers when he hears other dogs barking, it’s a social thing. When your pooch hears the barking of nearby dogs or even dogs at some distance, he can respond in kind.

Bostons are less likely to engage in this but it depends on your dog’s personality.

Boston Terriers can bark more in a stressful situation. Depending on how socialized he is, he might react to certain household sounds like the vacuum cleaner and the lawnmower.

If it’s a sound he’s not expecting, his body is probably held stiffly during this activity and he may jump forward a bit with each bark.

Although less common for this breed, if your dog barks repetitively, perhaps while performing a repetitive movement like running back and forth along the fence in your yard, he’s demonstrating a bit of an obsession.

Training a Boston Terrier Not to Bark

Although Boston Terriers aren’t big on barking, yours could be one who breaks that rule (and I bet not the only one!)

If you have a Boston that constantly barks, it can become a problem not only for you but also for your neighbours and visitors.

“It’s best to nip puppy barking early, but even older dogs can be trained not to bark excessively.”

So, if you are facing some excessive barking, here’s a simple, step by step guide to training your pooch to stop barking:

First of all, rule out boredom being the cause by making sure your pooch is getting plenty of exercise, including playtime. Lack of physical and mental stimulation could be the root of excessive barking.

Here are my recommendations in this area:

Then, find out your dog’s barking trigger, i.e., the source of what he may be anxious about. Although you might think that he’s barking randomly, there’s always a cause. For example, it could be the vacuum cleaner or the postman.

Once you’ve identified the trigger, you need to train your dog to stop associating the trigger with barking. This process is called “desensitization,”, which means the process of training your pooch to be less sensitive to “something”. In this case that something is barking.

Since Boston Terriers are sensitive to negative reinforcement, a positive-reinforcement training approach works best to train your pooch not to bark. So, gradually expose your dog to the stressor and then reward him immediately when he stops barking.

Correcting unwanted behaviours like barking, licking, or simply struggling to get your dog’s attention requires patience and consistency, but it is well worth it!

With my favourite dog training method, I believe you’ll find that success and joy in training your pooch.

Ignore Your Dog When Barking

If your Boston barks obsessively, here’s the “easiest way” to get him to stop:

Ignore your dog when he’s barking.

The most effective way to teach your dog that barking repeatedly is not acceptable is to ignore this unwanted behaviour.

This means that when your doggy barks, avoid even eye-contact until he stops. But once he does, immediately reward his behaviour with treats and caresses.

Insider Tip: Yelling at your barking dog will only backfire. Even negative attention can reinforce a behaviour since dogs perceive every action from you towards them as getting attention.

Teach Your Pooch the “Quiet” Command

Although Boston Terriers can be stubborn at times, they are easy to train. So, the next step is to teach your pooch the “quiet” command.

For a quicker result, you can practise this command every time your pooch barks. Remember that consistency is key, so keep practising and rewarding your Boston!

P.S. If you want to teach your dog other tricks and also swap some unwanted behaviours like barking and licking for positive ones, check out my favourite dog training method.

How Much to Feed Boston Terriers? And How Often?

Can a Boston Terrier Eat Grapes? And 10 Other Toxic Foods

Can a Boston Terrier Eat Apples? 10 Other Safe Human Foods 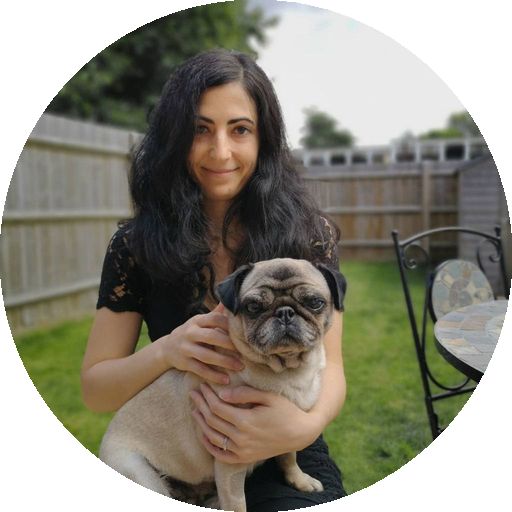 Hi! I'm Lily Ferreras. From the happy memories and challenges of raising and living with my dogs, Cuddla (as in cuddles!) was born. I share things as I learn them, from experience and research, that have made a difference to me and can help current and aspiring dog parents enjoy having a healthy and devoted dog, in and outside the home. This includes not just vital information but also ideas, tools and resources. 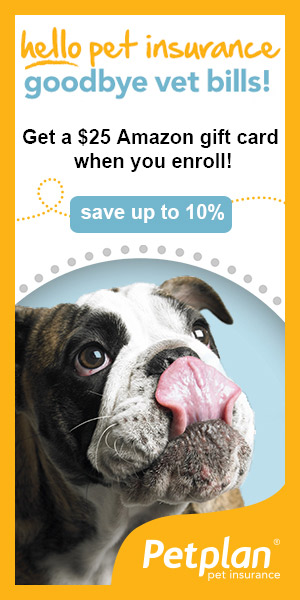